…Gentle threads of instrumental and electronic sounds are mixed with outdoor rural field recordings and occasional voices of his friends speaking, whistling or singing. Bekaert creates a warm environment within which we can hear subtle individual voices of good musicians who are relating to his loosely-notated scores and verbal instructions… (David Behrman) 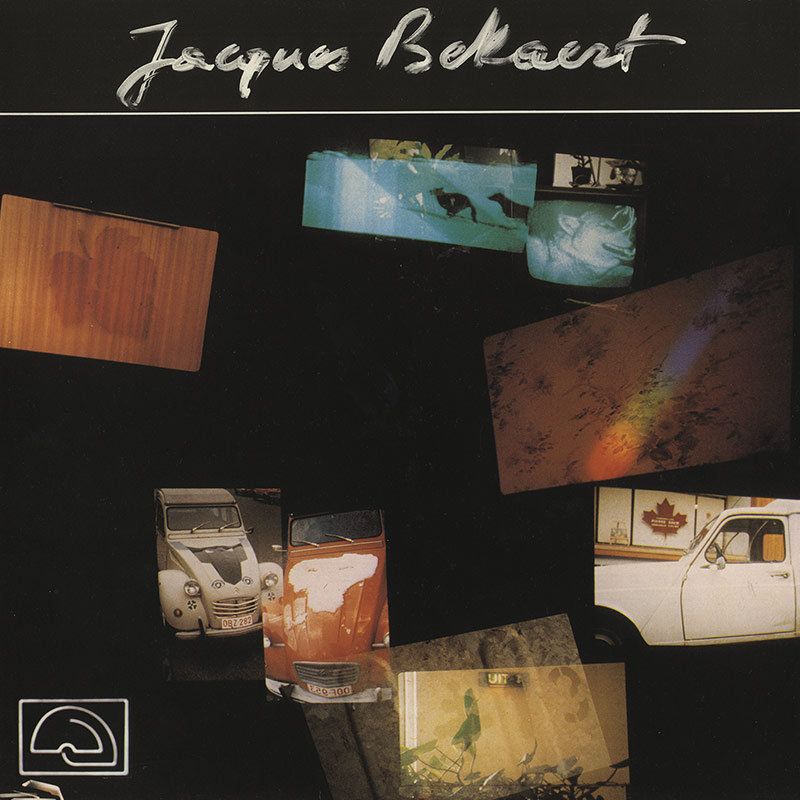 ‘A Late Lunch’ is the soundtrack to Akiko Iimura’s eponymous movie realized in 1978. It is based on acoustic instruments and field recordings, brilliantly reconfigured and mixed by Bekaert to create a surreal, immersive soundscape. The technique used includes superposition and speed change of recordings, radical sound effects and juxtapositions of sounds. The players were prominent musicians of the 1970’s, including Maggi Payne, George Lewis, David Rosenboom and Blue Gene Tyranny.

‘A Summer Day at Stony Point’ was composed in 1969, with participation of David Behrman, Shigeko Kubota and Charlotte Warren. The piece was commissioned by English composer Hugh Davies who presented it at the Harrogate festival the same year. Stony Point is a small village in New York State where John Cage co-owned a small pseudo-commune art resort where like-minded artists gathered. ‘A Summer Day at Stony Point’ is nothing more than a page of a journal, a fragment of a notebook that utilizes a series of sound sources recorded at Stony Point on one beautiful day in the summer of 1968. Other electronic sound sources were recorded at the Brandeis University where Alvin Lucier was professor. The final realization of the piece was done at Henri Pousseur’s APELAC Studio in Brussels, 1969.

The soundtrack for Akiko Iimura’s ‘Mon Petit Album’ was composed on the basis of a simple description of the technique of the film and its time span. It includes David Behrman on alto, from an outdoor recording at Stony Point, plus excerpts from a Transition concert in London, the band Bekaert formed in 1971 with Michel Herr, Takehisa Kosugi and Ryo Koike, both members of the Taj Mahal Travelers. The atmosphere is quiet and pastoral throughout with a very dreamlike flavour.

Jacques Bekaert (1940-2020) was a man of many gifts: author, journalist, composer, photographer, visual artist, wine connoisseur, radio talk show host, diplomat and expert in Southeast Asian affairs. His whole life Bekaert has been actively involved in music but not much of his work got recorded or published. In the early 60’s Bekaert studied with Pousseur and through his frequent visits to the US he became friends with artists like John Cage, David Tudor, Charlotte Moorman and most of all David Behrman with whom he had a close friendship ever since. Bekaert helped organize the first European tour of The Sonic Arts Union (David Behrman, Robert Ashley, Gordon Mumma, Alvin Lucier) and in the early 70’s he formed the group Transition (with Belgian jazz pianist Michel Herr, Takehisa Kosugi and Ryo Koike, both members of the Taj Mahal Travelers). His meeting with Japanese experimental film-maker Akiko Iimura resulted in two film soundtracks featured on this one of a kind discreet avant garde album.

When asked in a 1979 interview about his double life as a musician and a journalist, Bekaert replied, “I suppose they’re both unsafe, unstable, questioning jobs—composing and reporting. Journalism takes me to places, shows me the world as it is. My music is my wish for the kind of world I’d want to live in. The little peaceful state I dream for everyone, where you can be yourself, and happy, and as collective as possible without giving up total privacy.”

Originally released in 1981 on the Belgian Igloo label this reissue comes with the same sleeve as originally designed by Alain Géronnez.