Rails and Other Tracks

First ever release of concrete and electronic collage works by Belgian underground sound explorer Jan Bruyndonckx. This album contains autonomous compositions, music for film and documentary; all
independently recorded in his private studio between 1958 and 1965.
A small collection of adventurous and mysterious sound evocations with text/poetry recited by Julien Schoenaerts. 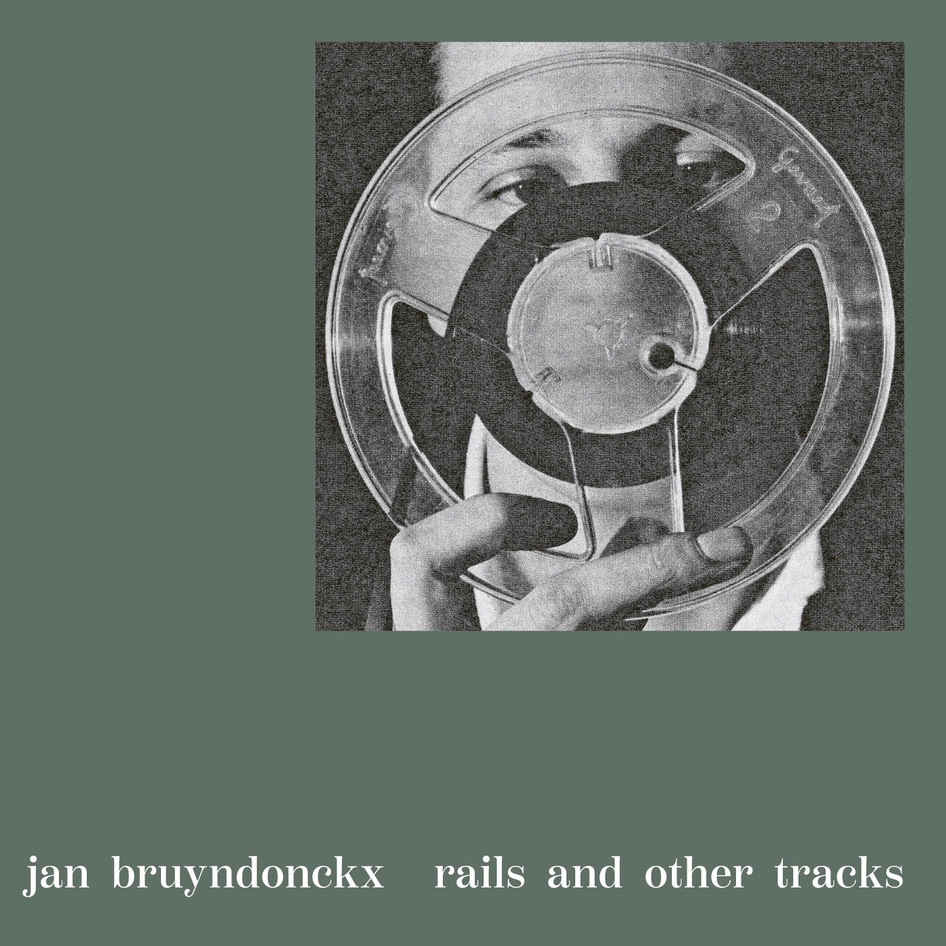 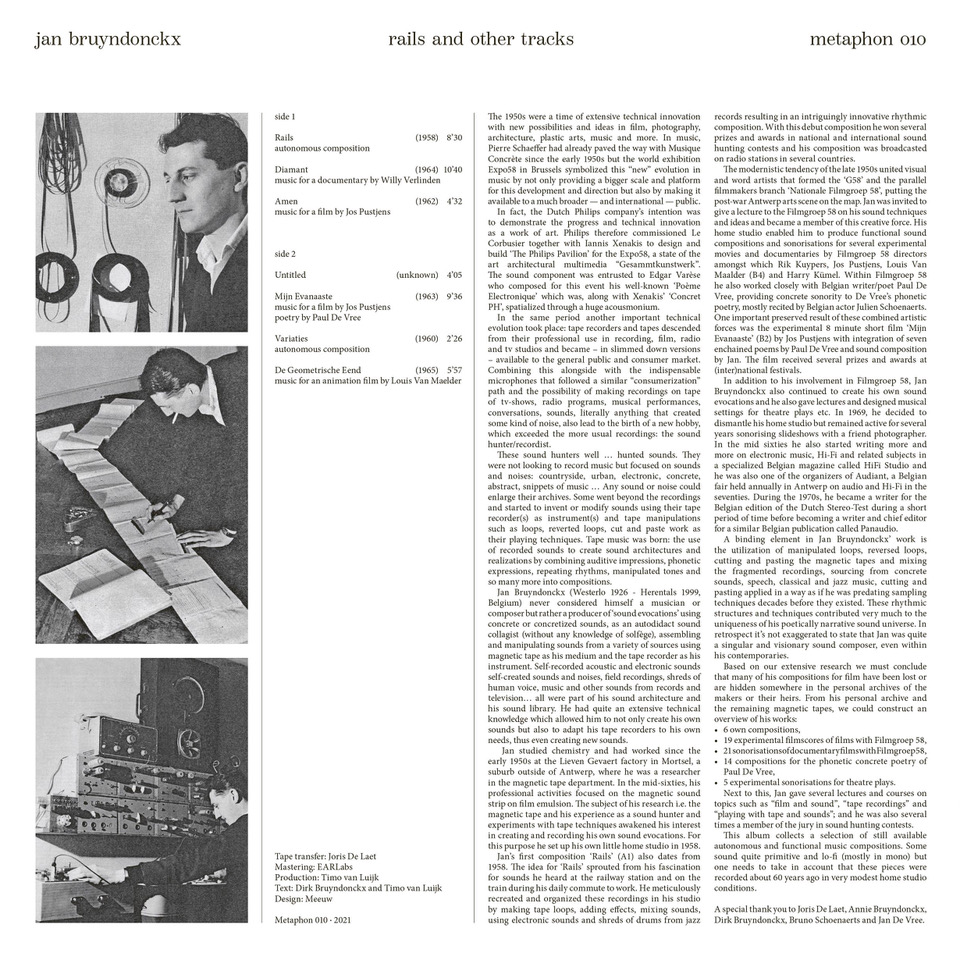