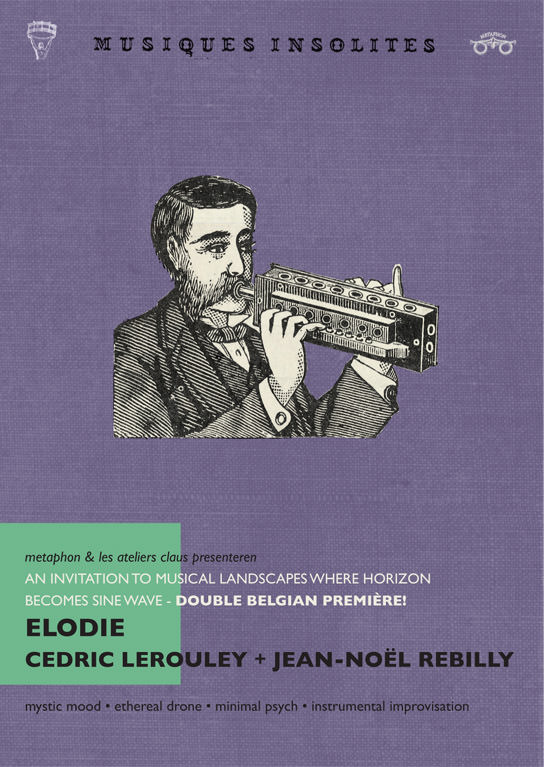 Elodie: Duo of Andrew Chalk and Timo van Luijk
Andrew Chalk is a highly respected english artist active since the mid 80’s. He got mainly acknowledged through his disarmingly beautiful and crystalline shimmering minimal music he has been releasing on his Faraway Press label since 2005. All his releases are fully handmade with a distinctive aesthetic of outstanding beauty. Andrew Chalk did collaborations with a.o. Organum, Daisuke Suzuki, Giancarlo Toniutti and was half of the great Mirror project with Christoph Heemann.
In the early 90’s Timo van Luijk started the experimental music and multimedia collective Noise Maker’s Fifes. In his solo project – Af Ursin – he mainly works with acoustic instruments played and arranged in an intuitive way with regular releases on his La Scie Dorée label.
In Elodie their combined aesthetic reveals new territories.

A Metaphon co-production with Les Ateliers Claus, bringing together their forces to organise a series of unusual and exclusive contemporary music events on a sunday afternoon: ‘Musiques Insolites’ #12