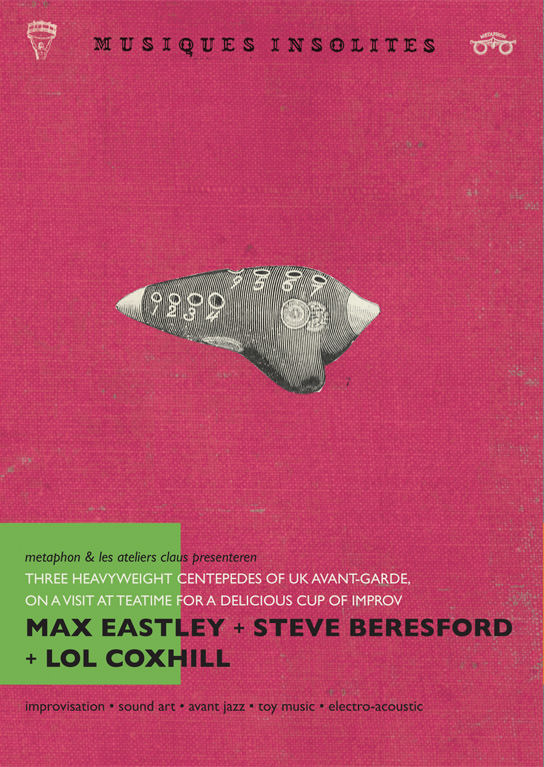 Steve Beresford (1950) is a British composer, musician and arranger working with a variety of instruments, including piano, trumpet, euphonium, double-bass and a wide variety of toy instruments and found sounds. He has been involved in hundreds of music projects playing a wide range of music. Being a central figure in the British improvised music scene for over thirty years he has worked with the likes of Derek Bailey, Evan Parker, John Russell and particularly in the group Alterations with Peter Cusack, David Toop and Terry Day. Besides he was a member of the Portsmouth Sinfonia (with ao Brian Eno, Gavin Bryars) and has also been involved in several alternative pop and reggae groups like The Slits, The Flying Lizards, African Headcharge.
For the past decade Beresford has concentrated most of his compositional efforts on tracks for independent British film and television. Strange sambas, jittery jazz, melancholy moods and more. Without any doubt Beresford is one of the most consistently imaginative and creative musicians in Europe.

There are very few versatile artists that hold the importance Lol Coxhill has in European improvised music. His highly personal style on soprano and tenor saxophone (fluent, lyrical yet capable of shrieking outbursts), his ability to perform with everyone and in every style, from jazz standards to the weirdest electro-acoustic improv, backed by his enduring sense of humor, all draw the figure of a maverick musician. Coxhill started in the 50’s, playing jazz standards and R&B in various formations. In the 60’s he worked with soulsinger Rufus Thomas and bluesmen Alexis Corner and Screamin’ Jay Hawkins. In the early 70’s he was signed to John Peel’s label Dandelion who released his debut album ‘Ear of the Beholder’. Around the same period Coxhill played on countless albums including Kevin Ayers, Robert Wyatt, Caravan, Mike Oldfield , Shirley Collins, Joe Harriott… and continued with solo releases on labels like Caroline (Virgin) and Ogun. In 1977 he tours with the Damned. Furthermore he gets involved soundtracks to films of Sally Potter and Derek Jarman and works with people from the experimental music scene like Karl Blake, Ora (Darren Tate, Colin Potter). Throughout his career Coxhill did worldwide performances and album releases and continues to do so at the age of almost 80.

Since the late 60’s Max Eastley has been investigating the relationship of chance to music, using kinetic sound machines or the environmental forces of wind, streams and sea. As a consequence his career opened out into these various branches of creative and philosophical exploration. He has exhibited his sound installations internationally and collaborated with a wide range of artists, musicians and filmmakers, including Brian Eno, Peter Greenaway, Evan Parker, David Toop, Steve Beresford and Eddie Prévost.
Easley also designed various instruments/sound sculptures of which the Arc is probably the most known as he has been using it in most of his live performances. It’s some kind of monochord string mounted on a long flexible lath amplified with a magnetic pick-up. The pitch range is much larger than conventional stringed instruments. You can pluck and bow the string, stop the string along its length and change the pitch by flexing the body of the instrument, so that quarter tones are possible. It’s very subtle, definitely not tone/semitone, it’s more like a voice.

A Metaphon co-production with Les Ateliers Claus, bringing together their forces to organise a series of unusual and exclusive contemporary music events on a sunday afternoon: ‘Musiques Insolites’ #10